Schedule your consultation.
Fill out my online form. 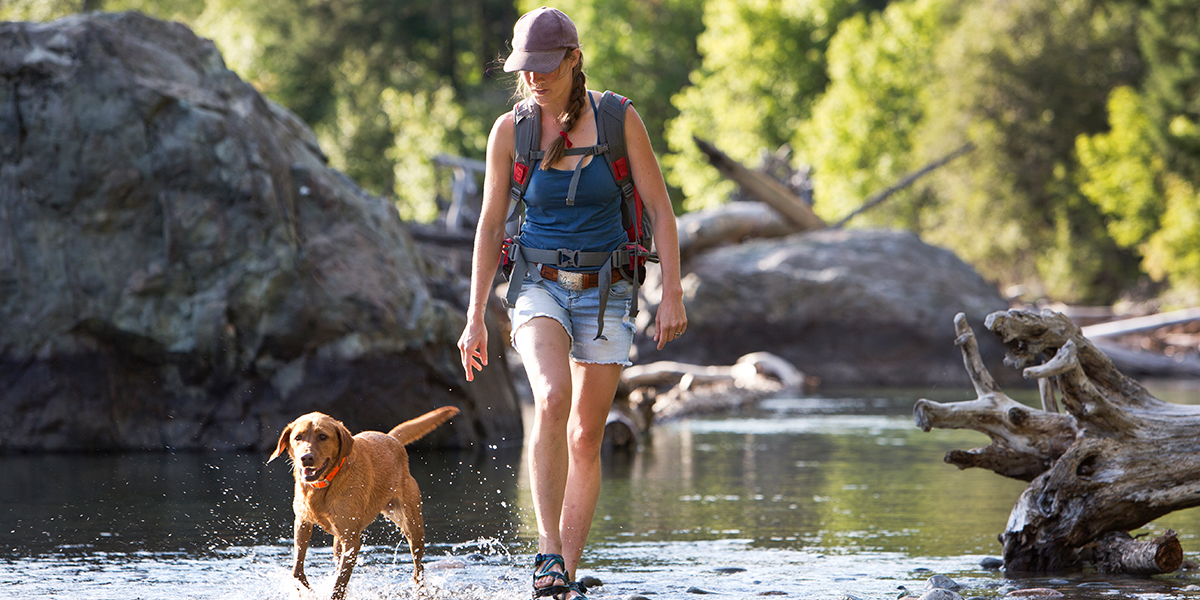 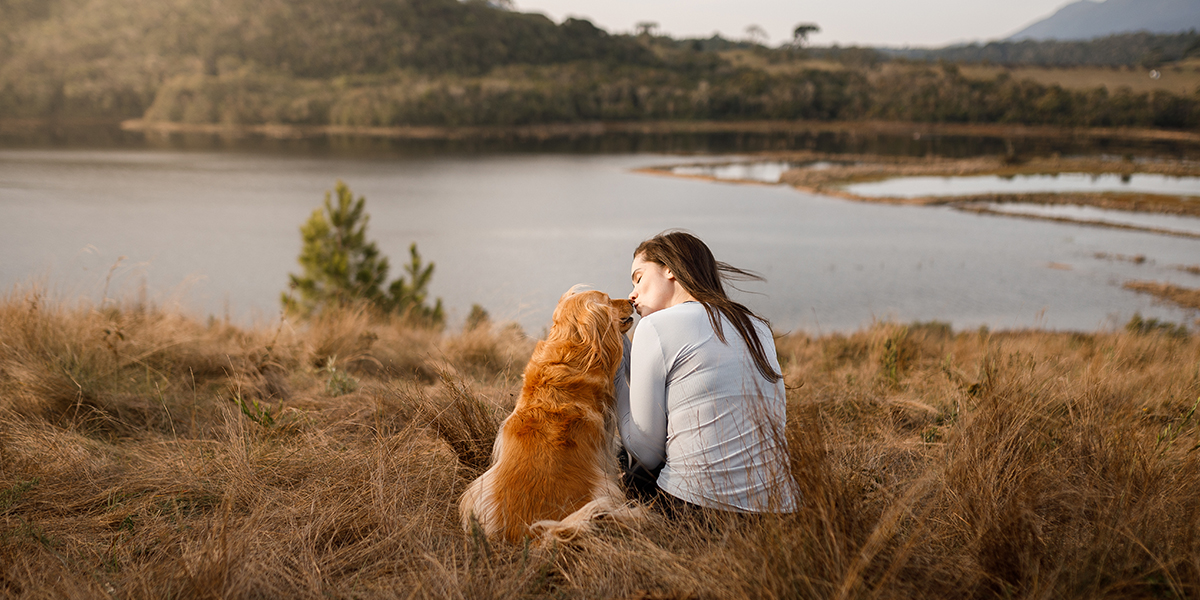 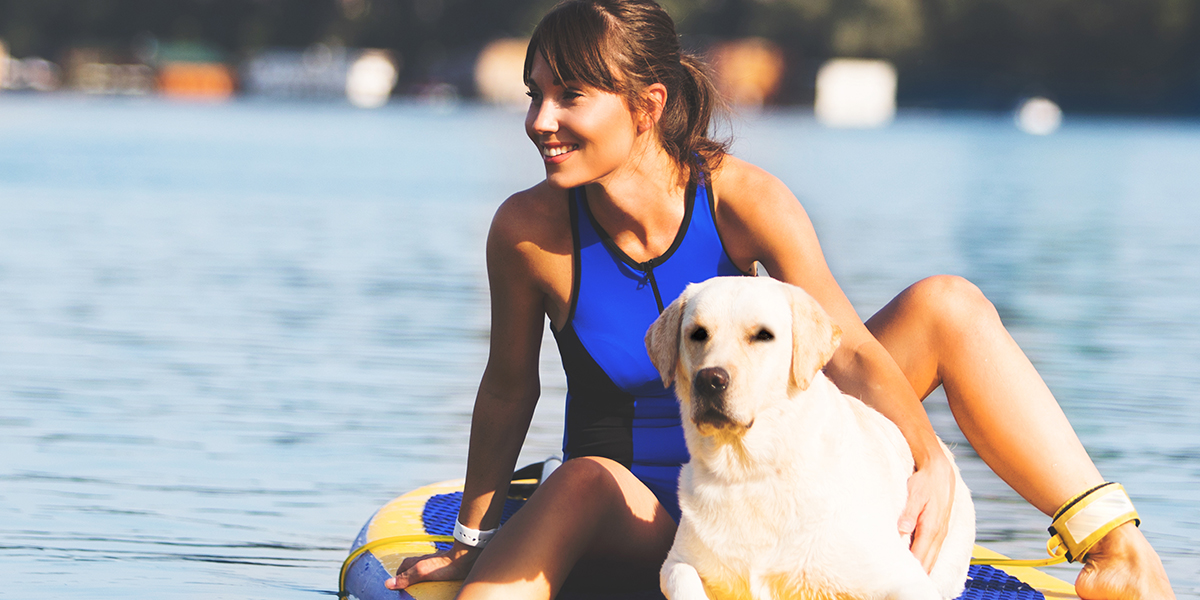 A gentle, effective, and enlightened approach to dog training 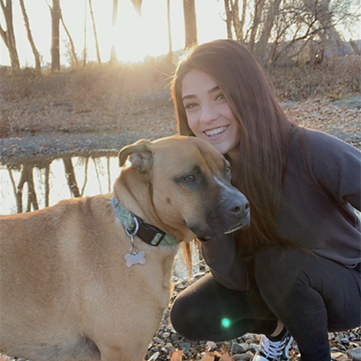 On any given day, you can find Tawni hiking one of the Country's many magnificent National Parks or kayaking in one of the natural beautiful rivers as she travels around from city to city, helping dog parents and their dogs live their best life.

Embarking on a powerful movement to bring awareness to as many people as possible, she elevates the spreading of the Karma Dog message by appearing for a limited time in each city with the goal of helping people to understand their responsibility as dog parents, and change the way that people see, not just dog training, but their interaction and their relationship with their dog. This includes the way that they show up each day for their dog and how that reflects on them as people.

Upon arriving in your city, Tawni will do an initial Karma Dog "popup class". Pop-up classes are short extracurricular workshops that offer students an opportunity to engage in new material, or activities not typically covered in the traditional curriculum. In pop-ups, interactivity is key: they're not about formal instruction, they're about discovery and hands-on learning.Tawni does this initial class free of charge to introduce people to the Karma Dog way and then from there, people can sign up for whichever service they find most appealing, including having Tawni conduct one-on-one sessions or Full "Immersion" training sessions (either half or full days) depending upon how long she'll be in the city.

The Traveling Trainer is coming to a city near you but she's only going to be there for a limited time.

"It’s a way of life, not just a method for dog training"
- Tawni Blackwell

Starting as young as six years old, Tawni was always asking her parents for their permission to take in as many of the dogs, cats, rabbits, chickens, and even horses, as possible, that needed a loving and caring home; her unconditional love and passion for animals was evident. By age twelve, she had multiple dogs, cats, horses, chickens, guinea pigs, and rabbits but always had the deepest bonds and connections with her dogs as well as any other dog she met.

As soon as she turned sixteen, she got a part-time job at a dog grooming salon as a dog bather as well as volunteering for the local shelter. Tawni excelled at her job and as a shelter volunteer due to her loving and gentle approach to each and every animal she encountered. Due to her approach and her ability to connect with each individual animal, she quickly became one of the only ones at her local shelter to be able to take out the dogs that had been labeled as having behavioral issues.

Tawni’s experience with all of her own animals, her part-time job bathing dogs, and from her hours of volunteering led her to getting a position at a dog training, boarding, and day camp facility as a Day Camp Supervisor at just eighteen years old. Shortly after, she found a series of online courses that specialize in Dog Training and Animal Health and Behavior. Just a year into working as a Day Camp Supervisor and taking the online courses, she had been promoted to the training department at that same facility.

During her time training there, she received the full hands-on experience of the positive reinforcement only method of training and got the opportunity to use that method to train many different breeds of dogs, dogs from all backgrounds, and a countless amount of rescue dogs who needed someone who could understand them, connect with them, and work at their pace to get the best results possible. After a total of two years working at this facility, Tawni had realized that the dogs were learning best when in an actual home rather than at the training facility and soon after, she came across Karma Dog Training.

Tawni had seen how Karma Dog Training’s methods completely aligned with her methods - all positive reinforcement only, trained out of trainers’ own homes or in the dog’s own home and environment, and most importantly, consciously understanding the needs of each individual dog while always putting their best interest first and she immediately knew that is where she needed to be training. She applied that same day that she found Karma Dog Training and joined the team within the next week.

Tawni became one of Karma Dog Training’s Dog Behavioral Specialists, Puppy Kindergarten Lead Teacher at the Chatsworth location, and became one of the Board and Train Program Specialists. Tawni has now been a part of the Karma Dog Family for nearly five years. She is a valued member of this team and continues to focus on her passion for animals. 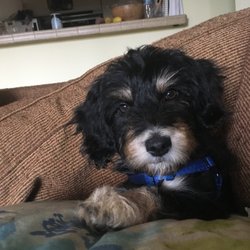 I cannot say enough good things about Karma Dog Training and recommend them more to anyone looking for dog training. I was a nervous first time puppy owner and was put at ease right away once I found Karma. 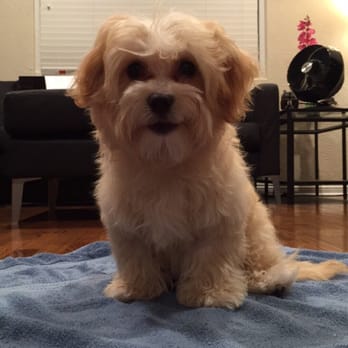 Karma Dog Training has given me a great experience of learning the basic commands and procedures of owning a first time puppy. In the Kindergarten Puppy training class, Jennifer Sturgeon, one of the dog trainers that was there was very kind and helpful.

We love to hear from our Clients! Let’s chat. 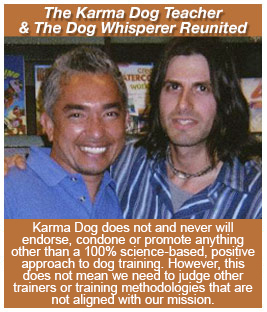